Time really does fly by.  It seems like yesterday that Emily Jane was 5 years old and we were putting her on the bus for her first day at school.  Now she is turning 21 years old and leaving her school years behind her.  Where did time go? 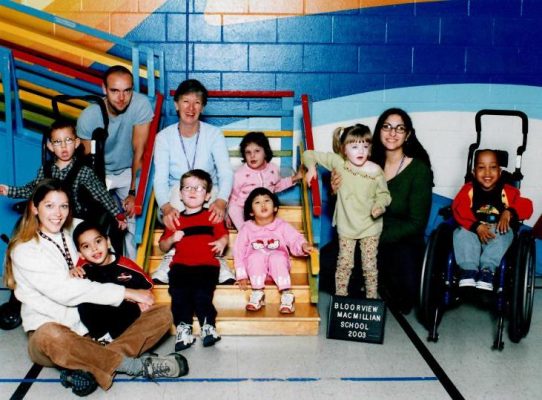 Emily is such a social butterfly, loves being at school with her friends and teachers, and most of all Emily loves to give hugs.  Her favorite subject is lunch, and her least favorite is art.  We know this because she would always fall asleep during art class just to get out of doing it.

Since Emily was in nursery school, she has always been in a specialized or “Community” class where she is with 5 of her own peers and is supported by a teacher and several Educational Assistants in a typical school setting, and would be integrated in several subjects, events, and field trips.  Sometimes I would go into her class and there would be more adults there than students.  Emily has been so very fortunate throughout her school years.  She has had the best teachers and support staff who were able to see that Emily was capable of doing so much and they would support her and encourage her to succeed and become as independent as possible. 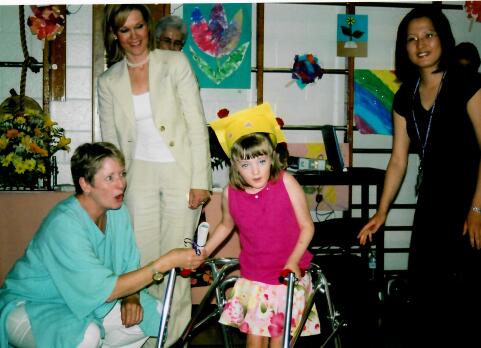 In primary school, it was Emily’s job to take the attendance down to the office every morning either in her walker or in her wheelchair.  Sometimes the 5 minute round trip would take her ½ hour as she would stop and talk to students and staff or just pause to look into another classroom to see what they were up to.  This was such a great experience for Emily, as she was able to be on her own and stop and look around as she pleased.  But what was really special was it allowed Emily to talk with others independently.  One student told me she looked forward to seeing Emily on her daily trip to the office and that “Emily is the most popular student at school.  Everyone knows who she is and she gives great hugs!”

Throughout the years, Emily has had some really great experiences.  Her class would go swimming on a weekly basis, to field trips to the Markham Fair, to an accessible farm, and bowling.  She also went with her grade peers to skating lessons (her wheelchair was able to go on the ice rink), to musical performances, and to Canada’s Wonderland amusement park.  At the end of grade 8, Emily’s independence was tested when she went on a 3 day trip to Ottawa with the graduating class without her parents.  She had a great time spending one-on-one time with her teacher (who took care of all her needs) and hanging out with her friends.  It was hard on her parents to see her growing up and being independent, but we were so proud of her and knew this was the beginning of her growing up. 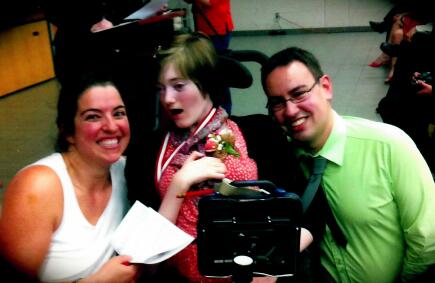 At the beginning of May, Emily celebrated her coming graduation by attending her graduating class prom with her teacher and another student named MJ who was her “buddy/date.”  MJ attended Emily’s class all year long just to hang out with the class, and she and Emily have become very close and have so much fun together.  Emily, MJ, and her teachers had a blast eating, dancing, and just being silly together. 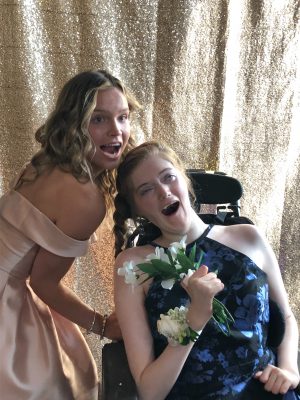 As Emily’s parents, it is emotionally difficult to know she will be leaving such a supportive environment.  It will be even harder for Emily to be leaving all her friends and teachers that she has been with for years.  She has developed such great friendships over the years.  However, we have worked diligently this year together with all who support Emily, and have an amazing plan for her future and have found some really great programs for her to attend where she will be just as supported and loved. 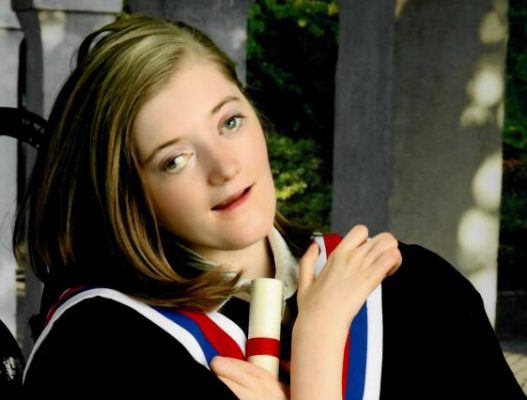