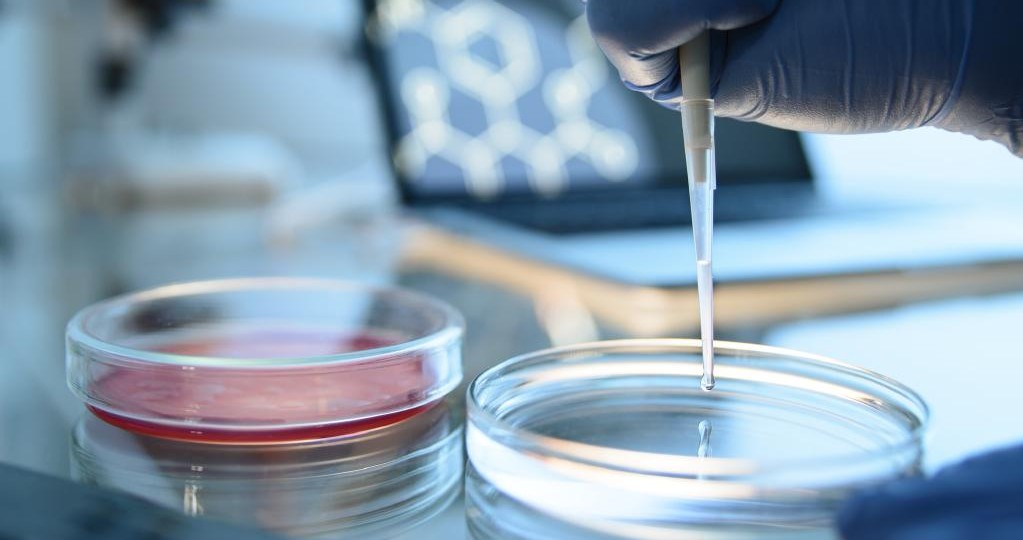 Understanding a disease is complicated. Genetic diseases often arise because of a gene losing its function, usually due to a mutation in its genetic code. One gene can influence multiple processes in various tissues. This can make answering questions about that gene difficult, questions like: what changes when the gene is lost? Where in the body do those changes have the biggest effects? And how might we be able to reverse those effects? Our work in Lars Steinmetz’ lab uses multiple tools and cell lines to try to answer these questions and understand as much as possible about the disease NGLY1 deficiency. To do that, we compare the products made from genes in control cell lines to versions with mutated NGLY1.

What is a gene product? Genes are bits of our DNA that contain information necessary for our body to function. Our cells transcribe RNA copies from DNA genes. RNA can be translated into protein. Proteins are the machines or building material that do something in the cell according to the information in the gene. This transfer of information from DNA to RNA (transcription), and its conversion from information to a functional protein machine (translation), is called gene expression. Gene expression can be controlled like a biological volume dial for a specific gene, turning up or down a gene when your cells need it. The NGLY1 protein, for example, helps degrade misfolded proteins and helps process functional proteins. We are able to analyze all the RNA and protein that a cell makes to see what changes when cells lose NGLY1. This allows us to discover biological effects without prior biases or hypotheses, and aims to answer the question: “What changes when the NGLY1 gene function is lost?”

Why do we use multiple cell lines instead of just one type of cell? Humans have ~25,000 genes in our genome, but not every gene is expressed in every cell. This ability to turn expression on and off allows for the diversity of cells and tissues in the human body. Some genes, like NGLY1, are expressed in most cells and tissues. Other genes are only turned on in specific tissues or in certain situations, like parts of the brain or when we get injured. We can compare the differences in gene expression between healthy and diseased cell lines to determine what processes change. Since NGLY1 is a systemic disease that affects multiple organ tissues, we look at multiple cell lines to get as close as possible to the biology that changes with NGLY1 deficiency. So far, we have analyzed multiple laboratory derived cell lines, patient fibroblast cells (derived from patient and donor skin), and patient lymphoblastoid cells (derived from patient and donor blood). We are even analyzing mice, yeast, and flies that are deficient in NGLY1. Each analysis adds a piece to the puzzle of this systemic disease, but to truly determine treatment targets we need to fill in more of the puzzle. These pieces come from taking our data, making hypotheses, and using scientific tools to test those hypotheses.

What tools do we use to investigate NGLY1 deficient cells? Thanks to NGLY1 researchers at GSF and around the world, there are many tools available. We have modified existing tools (Grotzke et al, 2015 & Fujihira et al, 2017), to make them suitable for study and screening in human cell lines. These tools let us see when NGLY1 is working or not. In one case, we can see if NGLY1 is working when a yellow fluorescent protein turns on, but no fluorescence when it isn’t. These types of tools allow us to screen for drugs that might alter NGLY1 activity and answer the question: “How can we reverse the effects of NGLY1 loss?”.

What have we learned from the cells we have analyzed so far? Well, all NGLY1 deficient cells, even in mice, showed differences in the expression of the proteasome. The proteasome is one of the major cellular machines that recycles cellular trash by degrading damaged or nonfunctional proteins. This finding contributed to a recent paper where NGLY1 was linked to the expression of the proteasome (Tomlin et al, ACS 2017). We already knew that NGLY1 helped in the cellular trash service, but we didn’t know it was directly involved in the gene expression “volume control”, turning on more trash collection when it got low.

The strength of our approach to studying NGLY1 is that it allows hypotheses building based on discovery and data without any need for prior knowledge.  In cases of rare diseases like NGLY1 deficiency, there is often very little prior knowledge. The discovery of new connections between NGLY1 and the proteasome will allow a better understanding of the effects of NGLY1 deficiency and will lead to even more insight into its role in the body.

What is next? We still have more data to analyze to help us determine which changes, including those involving the proteasome, are most important. Then, once we decide which are the most likely to explain the disease or lead to therapeutic avenues, we will test them in experiments. Finally, our goal is to create a model for how the loss of NGLY1 causes disease and point to options for ways to reverse it. Some of our current data points to importance for NGLY1 in neurons. Hopefully, we can report back here with more updates very soon! 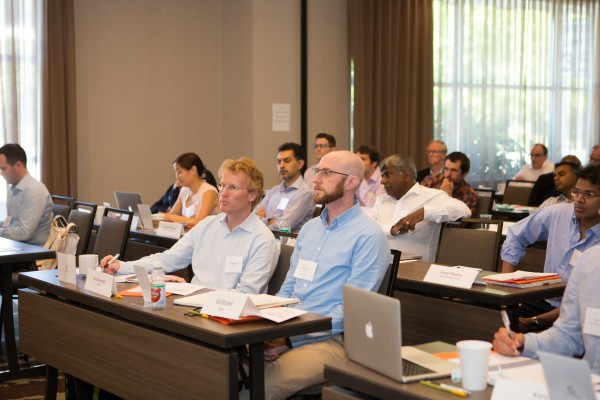 Dr. Lars Steinmetz (left) and Dr. Will Mueller (right) at our NGLY1 conference in July.